My Life As A Nomad

While lying in bed last night I began to wonder just how many different beds I’ve slept in since beginning my trip. I came up with 15 beds in 12 cities so far, and a new bed each of the past eight nights. Luckily I’ve had no trouble sleeping unless the room was too hot. Earplugs are mandatory for hostel stays!

Today I’m in Wellington, the capital city of New Zealand, which is at the southern tip of the northern island. My Stray bus tour ended here so I had to say farewell to some new friends. It’s a strange feeling to befriend someone knowing from the start that goodbye is only a few days away. I’ve experienced it with Airbnb, HelpX, and now Stray. Most of the time it ends with a handshake and well-wishes but sometimes the person becomes a real friend and their absence is noticed and felt. Luckily Facebook lets everyone keep up with each other’s travels.

So anyway, Wellington is cold. Like 55 degrees. I signed up for a summer vacation thankyouverymuch! It was about 90 in Sydney when I arrived and I don’t exactly have a winter wardrobe in my backpack. Windy Wellington (as it is nicknamed) has also been very Wet but thankfully the rain stopped for most of my one full day here.

I’d usually stay in a city this size for several days but I have to make a beeline to the south island city of Queenstown by Sunday for a HelpX stay. I’ll be hopping on a ferry early tomorrow then bussing down the west coast with little day trips here and there. Everyone raves about Queenstown as being the adventure capital of the world and I’ve heard a rumor about an even better luge track. Could it be true?

Today I walked around the city and spent most of my time at the Museum of New Zealand, which had lots of creative exhibits about volcanoes, native animals, indigenous people, and early European settlers. There are tons (or heaps, as the locals would say) of restaurants and shops in the downtown area. I strolled into an outdoor store that was advertising 30-40% off and saw a North Face raincoat with an original sticker price of $649. I also saw a pair of hikers that I bought for $100 back home marked at $279. Needless to say, I left with nothing to protect me from the chilly wind! 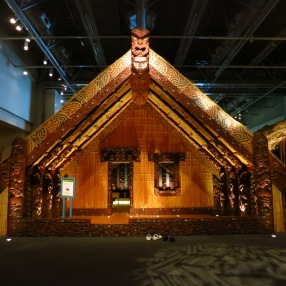 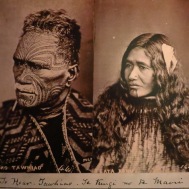 7 thoughts on “My Life As A Nomad”